Show all categories Pairing food and wine Back

Food and wine combinations can be endless. Let’s look at some examples... 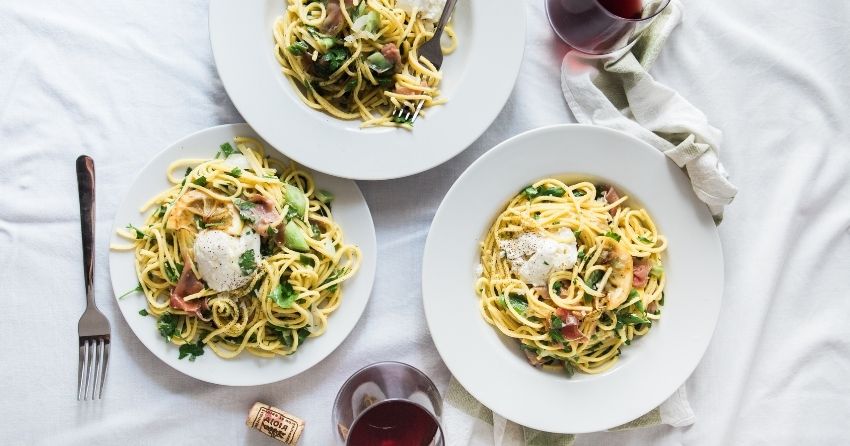 This is an eternal dilemma for some and a glorious simplicity for others. Of course, it all depends on how much the person responsible in the restaurant is knowledgeable. It matters not only what sommelier level one has attained, but also their experience and worldliness – which is not gained by sitting about in one single restaurant, but mainly through wine and culinary excursions, even if only to the neighbouring wine region or to an inn at the other end of the country.
Food and wine combinations can be endless – depending on how many wines an inn offers and how close and genuine the collaboration is between the sommelier and the chef, who must inform the service about any change in the recipe of a certain regular dish, as then a different pairing wine must be found. “The rules are meant to be broken,” says a famous proverb, and this certainly sounds good and simple. But it is not, because one must know the rules perfectly in order to know when to break them. This is not too common in our country, so it is better to stick to the rules.
Are classic pairings really ‘set in stone’? Mostly they are, but not always. Let’s look at some examples. Terrano and prosciutto or cured meats

This is a Littoral-Karst region classic and no one wants to break this commandment-like rule, even though they could. In principle, the combination is pleasing, but there are still quite a few elements that stand out and disturb the harmony. Terrano is a red wine, it contains tannins, is highly acidic and has relatively little alcohol. Apart from the latter characteristic, it is a wine that goes better with red meat. Prosciutto is originally a pork – that is, white – meat, which is usually served with white wine. Because it is very salty due to the specific production process, it goes better with a fresher wine, which is what terrano is. There is nothing wrong if you choose to serve a simple white wine with prosciutto or other cured meats due to their basic meat origin – if your guests accept it… Otherwise, prosciutto and cured meats are best served with – cviček! It is highly acidic, low in alcohol and very drinkable, so it can be consumed in larger quantities in combination with salty foods without much harm to the drinker. 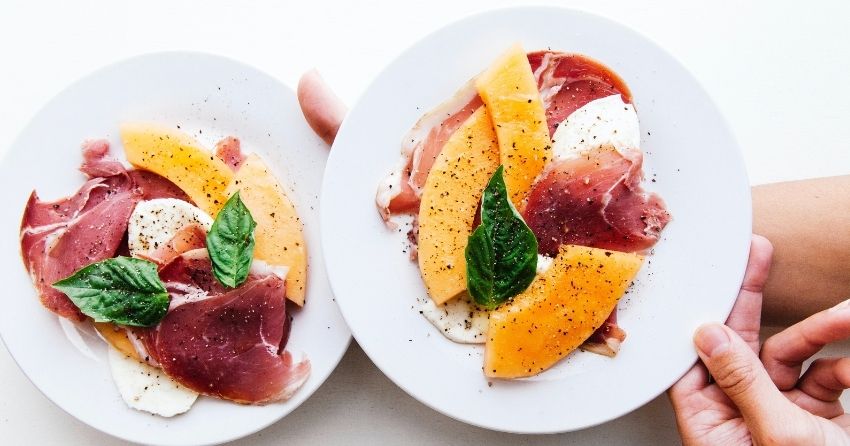 Schools teach that fish, like white meat, should be served with white wine. But this is only true in general, as those who wrote this did not take into account the two main types of fish we put on the plates. On the Slovenian coast and further south, in Dalmatia, it is customary to drink a glass of refosco or plavac mali with fish. This makes perfect sense, as these are the most common wines along the coast. Ordinary people, who live by this combination, cannot afford the prestigious white fish, so they eat red fish. By this we mean those species of fish that live closer to the surface and have darker meat – sardines, mackerel, tuna, etc. This darker fish meat pairs best with red wine. White fish, on the other hand, call for various white wines, depending on the preparation. Of course, modern culinary and sommelier arts do not stay within these boundaries, but transcend them. Again, the most important thing here is the knowledge of how a chef should prepare, season, cook and present the fish. Herbs and spices are powerful weapons that can completely change the flavour profile of the fish – but not too much, because then the taste of fish can no longer be detected in the mouth. In such cases, white wines can already be replaced by rosés and lighter red wines, such as the elegant pinot noir. 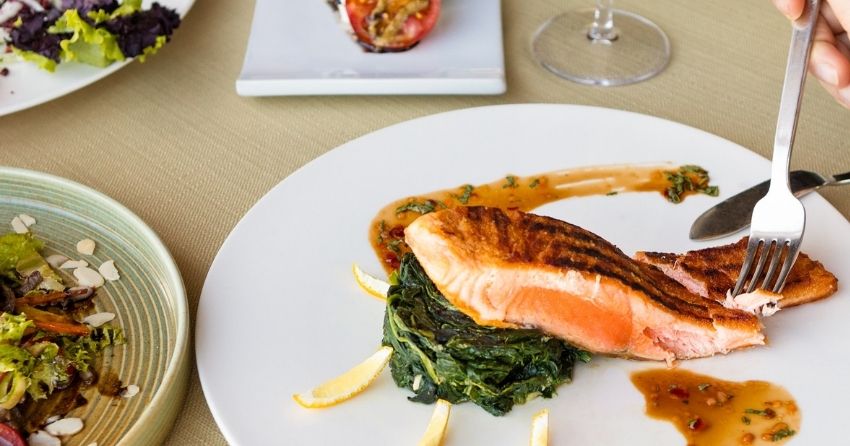 With the drastic decline in the consumption of wines with larger amounts of residual sugar, their production has also dropped significantly. Nevertheless, some Slovenian winemakers still produce them, and these wines also enjoy great success at international competitions. The main reason for the decline in their sales is their heaviness and the almost impossible pairing with the dishes prepared in restaurants. However, the re-placement of these wines on wine lists is not up to the winemakers, but up to the chefs themselves, who could, by introducing certain culinary techniques and styles, make it easier to put such wines on the table.

One of the biggest mistakes of the vast majority of Slovenian inns is that they usually pair desserts with Slovenian predicate wines. These wines, which have a lot of residual sugar, pair to some extent only with certain types of desserts, which must have one common denominator – as little added sugar as possible. These are, for example, fruit cakes and pies whose flavour is based predominantly on the sugar of the fruit. Nothing else pairs with them well – except in some very special cases. Both chocolate and nuts contain a significant proportion of fat – chocolate has cocoa butter (proper dark chocolate) and nuts have their own oils (we know that after prolonged and improper storage, this fat can become rancid). When we eat a dessert containing one or the other fat in combination with predicate wines, it leaves an unpleasantly bitter aftertaste, as sweet wines have too little alcohol content to wash away the micron layers of fat and thus cleanse the tongue. Therefore, for heavier desserts, we recommend liqueur or fortified wines, such as port, sherry or madeira. Unfortunately, there are no such wines in Slovenia. 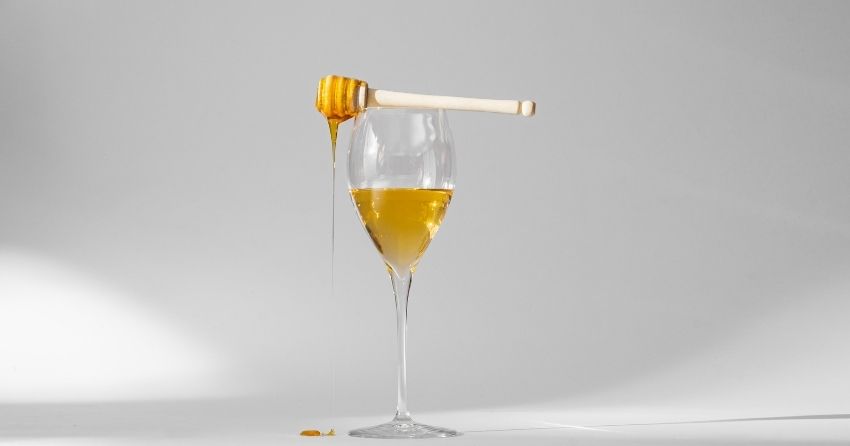 Both around the world and in our country, years of work have shown and proven that the best gastronomic wines are those that have the least amount of residual sugar. A decade or so ago, even the Styrian winemakers, traditionally with a penchant for sweeter wines, came to the same conclusion, and they now produce several excellent gastronomic wines. Of course, in these cases, winemakers need to be precise, as they cannot mask wine flaws with sugar anymore. A new era of pure, fragrant wines is on the rise, and thus good sommeliers also find it easier to determine which wines to pair with which dishes. Geographical origin does not play a big role here – perhaps only in the minds of certain waiters and guests who do not dare to explore new achievements of modern winemaking.
TOMAŽ SRŠEN 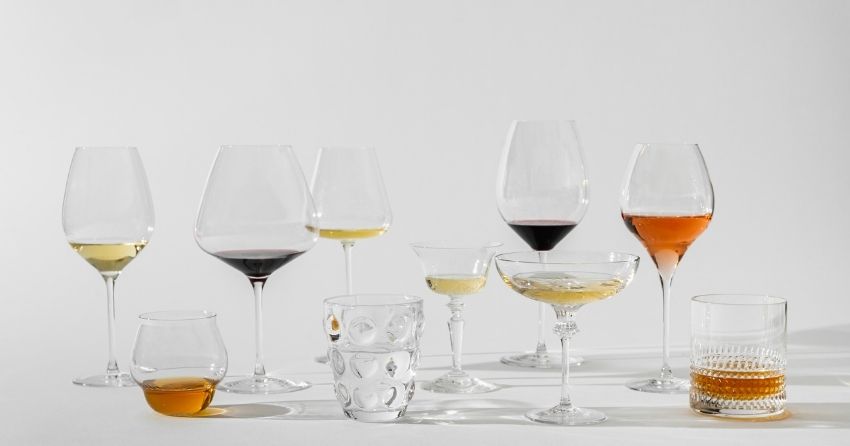 The ABC of sparkling wines 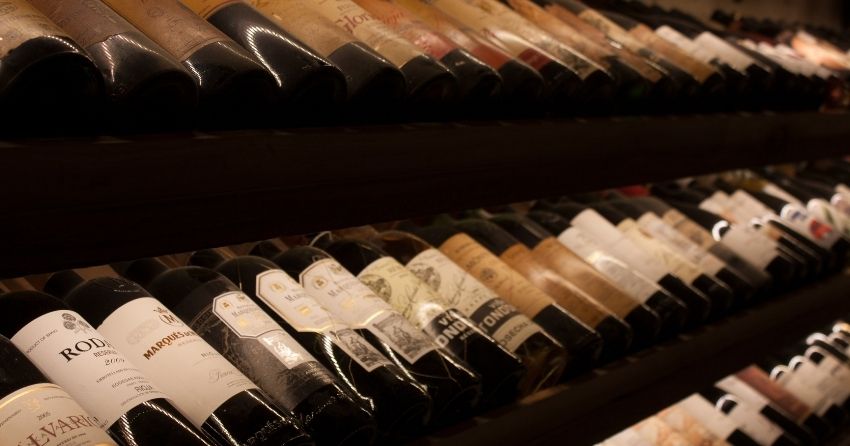